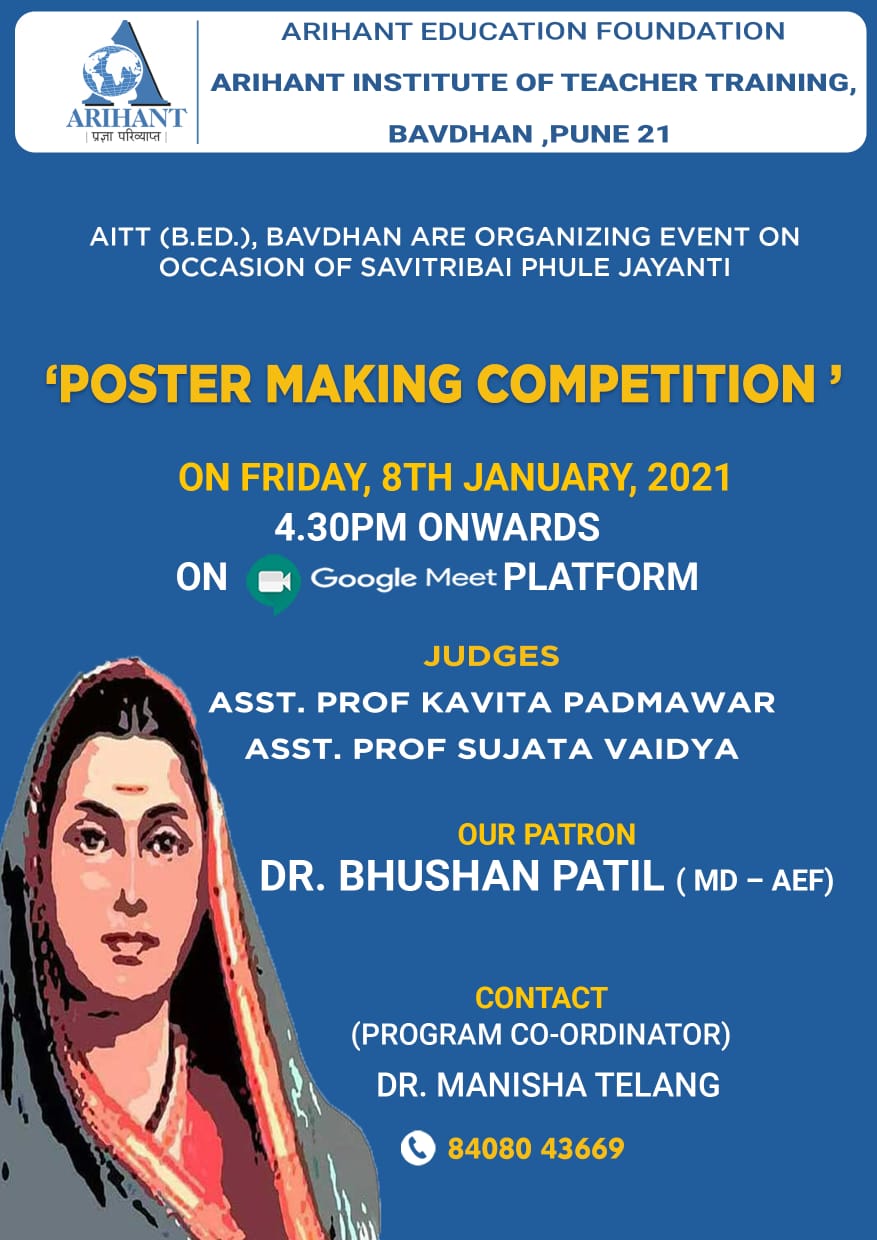 The 190th birth anniversary of India’s first teacher, Savitribai Phule was celebrated through a poster making competition in Arihant Institute of Teacher Training on the 8th of January, 2021. This event was held online for the first time due to the restrictions caused by the on going COVID-19 pandemic. The entire event was organised by Dr. Manisha Telang. Students were asked to prepare posters on Savitribai Phule and mail them. The posters could be E-posters or handmade ones. The Second Year B.Ed. students enthusiastically participated with majority of the entries being E-posters. The results were declared at the end of the event.
The Guest of Honour for the day was none other than our esteemed Principal, Dr.Bhushan Patil. He addressed the gathering and spoke on the significance of Savitribai Phule and her revolutionary work, which led to a massive breaking of the fetters on womens’ education. He said that the progress that our country has made over the decades in the field of womens’ development is due to the efforts and indomitable courage of persons like Savitribai Phule.
The host for the event, Lakshmi Iyer thanked the Principal for his eloquent, impassioned speech. She gave a few details regarding the barriers faced by Savitribai Phule and the cost paid by her for believing in her vision. Women of today have scaled new heights and broken many glass ceilings in all spheres. We owe it all to this great revolutionary lady, after whom Pune University is named.
The posters were judged impartially by our faculty, Prof. Sujata Vaidya and Prof. Kavita Padmawar. The parameters for judging the competition such as image, design, theme, etc., were reiterated by the host for the benefit of the audience. Prizes were given for two categories: E-posters and handmade posters. Dr. Manisha Telang shared the pictures of all the E-posters, and students were instructed to note down their entry numbers as their names were not mentioned on the posters. The judges announced the prize winners: In Category 1 (E-posters), Poster No.5 by Shubham Pandey and Poster No.7 by Nihalo Gujar tied for the 2nd prize. Poster No.4 by Rumana Khan won the 1st prize. In Category 2 (Handmade posters), Poster No.1 by Anuja Jain and Poster No.5 by Prabhdeep Kaur Arora tied for the 2nd prize; while Poster No. 3 by Lakshmi Iyer won the 1st prize.
All the participants of the poster-making competition received digital certificates for their involvement and enthusiasm. The judges spoke on the difficulty of choosing the winners as all the entries were very good. The professors appreciated the enthusiasm of the participants. Finally, the vote of thanks was given by the host, after which the ceremony officially ended. 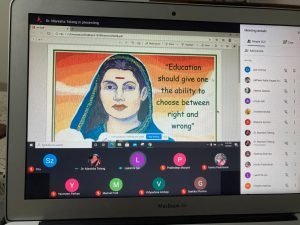 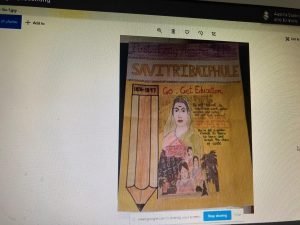 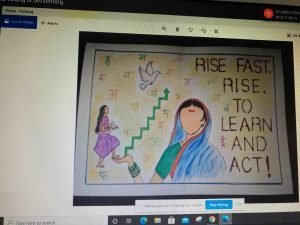 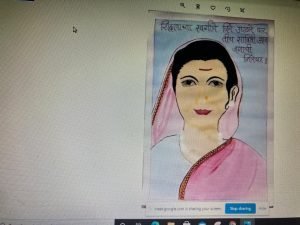